Winners are picked at random using Rafflecopter. The winner well be called the 2 of January The winner gets both book still water and shattered dreams. 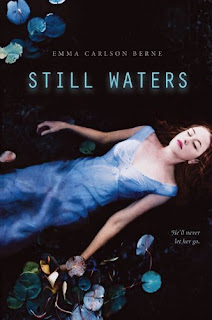 Still Waters by Emma Carlson Berne
Hannah can't wait to sneak off for a romantic weekend with her boyfriend, Colin. He’s leaving for college soon, and Hannah wants their trip to the lake house to be one they’ll never forget.
But once Hannah and Colin get there, things start to seem a bit...off. They can't find the town on any map. The house they are staying in looks as if someone's been living there, even though it's been deserted for years. And Colin doesn’t seem quite himself. As he grows more unstable, Hannah worries about Colin’s dark side, and her own safety.
Nothing is as perfect as it seems, and what lies beneath may haunt her forever. 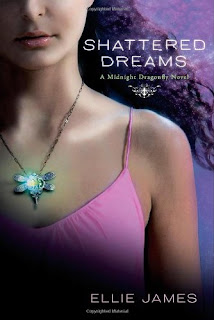 Shattered Dreams (Midnight Dragonfly #1) by Ellie James
Sixteen-year-old Trinity Monsour wants nothing more than to live a normal life. But that isn’t as easy as it seems. Trinity is different. She isspecial. She sees visions, and for those she’s seen, it’s already too late.
Trinity arrives on her aunt’s doorstep in New Orleans with virtually no knowledge of her mysterious heritage. She begins settling into life at a new school and even starts making friends. But all too quickly her dreams accelerate; twisted, terrifying visions of a girl locked in a dark room. And when the head cheerleader, Jessica, goes missing, Trinity knows she has no choice but to step forward with what she’s seen.
But people believe that Trinity has information about Jessica’s disappearance not because of a dream, but because she is involved. She iskind-of dating Jessica’s ex-boyfriend, Chase, and Jessica did pull a nasty prank on Trinity. Revenge seems like the likeliest scenario.
Nothing prepares Trinity for the dark odyssey that ensues while searching for Jessica, including the surprising romance she finds with Chase, or the shocking truths she learns, not just about the girl who has gone missing, but the past that has been hidden from her.